How long does it take to cook dinner?

Studies show that we love quickies. So, to really answer that, here is the abbreviated history of food preparation during the last 100 years in the USA.

My Mondays start at 4:30am, 2 hour drive to a consulting job, 10 hours of work, leave for home, stop for a visit with the Queen Mother, get home around 8pm.  Dinner is half-price fajita night at a local joint with boring guacamole.

Even though the guacamole is tasteless, the idea of cooking dinner at the end of the day is just beyond me.  And I am not alone.  According to the National Restaurant Association, 49% of food dollars are spent in restaurants.  In fact, they see an upturn in the industry as a whole.

How did we go from, “Earl, chop Momma up some fire wood” to “Honey bear, Mommy brought home edamame and veggie sushi for dinner”?  It just throws fuel to the fire that when you educate someone you can’t keep’em down on the farm.

Douglas E. Bowers has written the quintessential article on this in FoodReview magazine.  If you want more insights I suggest it as great reading.  However, in my on-the-go life, I’m plucking out the highlights plus some added info from a couple of other sources.

No matter what, women spend more time, on average, cooking and doing domestic chores than men.  Nonworking married women spend the most amount of time cooking at 70 minutes daily, while single gals spend around 15 minutes whether they work or not.

It is this movement from married with kids in the 1900’s to "single and loving it gal"  that has had the biggest change on eating habits, obesity and chronic illness in this country.  Thank goodness we are now smarter, more educated, aware of the food industry and returning to looking for nutrition in our daily meals.

A survey of households around 1900 stated that women spent 44 hours per week preparing meals and cleaning.  That is a full week of work with childcare added on top.

Most employment opportunities, especially for minority women, were as domestics.  Immigrant women, such as those in my own family, were domestics, but also made their living at factories.  Twenty percent of all women over the age of 16 were working at the turn of the 20th century, however, only a little over five percent of married women were employed.

From 1900 to 1920, sixty percent of the US lived in a rural area.  The women there were not considered part of the workforce, although they brought in monies from products such as eggs and poultry.   More than 20 percent of homes had more than seven members in the household.  So, even though there was large family to feed canning, cleaning and gardening had many hands to help.  Less than six percent of the rural farms had a single dweller.  The average family members were 4.8, although there is no data or photos of 0.8 humans.

With the discovery of vitamins, came nutritionists and food science.  These experts, mainly women, taught their sisters to have lighter, simpler meals.  The immigrant wave in the early 1900’s brought more unmarried people into one place than ever before.  Of course, most women did marry and the percentage of married women in the workforce stayed stable.  On the other hand, movies brought us Theda Bara as the silent screen, “It” girl, glamourizing the single female.

In the 1920’s a lot of things had changed.  Urban communities had begun to change from wood and coal stoves to gas and electric.  They had ice boxes and could buy produce and other perishable foods.  This increased the types of foods canned by food companies and included meal items instead of just soups.

With electricity came gadgets – food processors, toasters, timers and even refrigerators to the upper class.  The thin, chic image of a female began to be the vogue.  And women began to change American society with the development of family planning and the right to vote.

The 1930’s depression sent many women back into the home, but didn’t decrease their use of kitchen gadgets.  In 1935, the Electricfication Administration was set up to get electricity to rural America. The success of that administration led to increased use of appliances and taking some of the drudgery out of cooking.

World War II brought more employment, but a national conservation of resources to ensure food for troops abroad.  In 1943, 40% of vegetables consumed came from home gardens.  Canning got a resurgence.

Returning soldiers after the war revitalized the idea of the woman in the home.  Only this time she was supposed to educated, look like Grace Kelly, keep a spotless home and cook incredible meals for the husband and children wearing heels and a ton of hairspray.  In a phrase, Homemaker Barbie.

With freezers now available, came frozen foods.  What could be easier?  On the farm, the business began to change from Mom and Pop’s diverse farm to specialized agribusiness.

“Before World War II, Americans ate massive amounts of potatoes, largely baked, boiled or mashed. They were generally consumed at home. French fries were rare, both at home and in restaurants, because the preparation of French fries requires signiﬁcant peeling, cutting and cooking.

French fries are now typically peeled, cut and cooked in a few central locations using sophisticated new technologies. They are then frozen at 40 degrees and shipped to the point of consumption . . ."

Women’s magazines stressed these new foods and ease of preparation.  The new “home cooked” meals went from 44 hours per week to below 20.

The civil rights Act of 1964 dealt with race as well as gender inequality.  This led to huge up swings of women in colleges and in the marketplace.  Men’s role in the kitchen began to change.  Divorce rates grew as did one parent households.  Men had children to feed without a female partner in the kitchen.

Ray Krock began the era of franchised eateries to bring the restaurant experience to the middle-class.  Julia Child made her debut to get cooks back in the kitchen, but food preparation, despite her best efforts dropped to 10 hours a week.  The 60-minute Gourmet, column by Pierre Franey, was launched in the New York Times in 1975.

More than half of all women over age 16 were employed in the 1980’s.  Fifty-four percent of married women were employed. 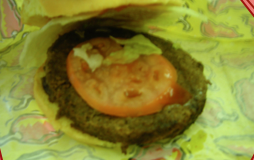 With more parents in the work world, meals at home also dropped.  Breakfast was in the car, on the bus, at school, day care or desk at work.  Whereas 1950’s children had come home for lunch from school, now schools were expected to feed all children of all grades.  The National School Lunch program looked to add breakfast for economically challenged households.  The number of single-parent households was now over 20%.  New York City schools almost never close due to the amount of lower income children they feed breakfast and lunch.

In the 1990’s, both parents hit the job market with 70% of all women working.  Household members decreased as more DINKS [double income no kids] couples grew.  Most “home cooked” dinners were actually 50% prepared foods.

With the explosion of obesity, childhood obesity in particular, heart disease and Type 2 diabetes we have come back to the notion of wanting nutrition in our foods.   It is widely known that obesity declines when home-coooked family meals increase.  Americans are still in love with the grab and go mentality, but there is a growing movement to have healthier, low fat, high fiber choices.

When Michelle Obama launched her “Let’s Move” campaign, more and more restaurant chains have realized that healthy choices sell.  Even WalMart has launched a campaign for local and organic foods.

When I send off this article I’m going to run to the kitchen, chop-chop some veggies in the fridge, throw them in the pot with H2O, a dash of seasonings and quick cooking lentils, then set it to slow cook overnight.  But tonight is 2 for 1 pizza.

We use cookies to ensure that we give you the best experience on our website. If you continue to use this site we will assume that you are happy with it.Ok